My feature in FIRST is new news to you, but not to me.Â  It was been in the works for quite a while…

It proves to me and hopefully for you, that any article you read or any TV remodel home show you watch, hasn’t been put together over night or even in just one week.Â  I’m sure all of those amazing makeover shows that we watch where the house has been transformed in 30 minutes, has actually taken months – probably 6+ months – to put together.

Anyway, I was contacted by the Decor Director of FIRST back in early November 2012.Â  I was shocked one afternoon to receive this email:

They think “my ideas are just genius” and they wanted to feature my styled bookcases.Â  Yes, the laminate bookcases that I styled with books, accessories, pictures, and more after I painted them last Summer.

After an ‘Absolutely, thank you so much’ email back, the story was approved for the March issue.Â  I was elated to say the least.Â  I just couldn’t believe, my work was that much of interest to actually be featured.Â  Honestly, I have all of YOU to thank for your continued following and support of my blog.Â  Without the love of pinning and sharing my work, this never would be possible.

After a few rounds of phone interviews and confirmation of my blog and name in mid-December, it was complete and the waiting game began.

All that waiting brings us to this weekend.Â  The coveted March issue that I’d been waiting to get my hands on was finally on the newsstands.

I can be such a dork at times and took a few snapshots (that I shared on instagram and facebook) of when I first saw the magazine at Barnes & Noble.

I was totally pinching myself…

And here’s the feature on my styled bookshelves…

What’s funny is that this bookcase and it’s matching partner (which were separate in this picture), are now side by side in my newly created home office / family room.Â  I just featured the space last week. 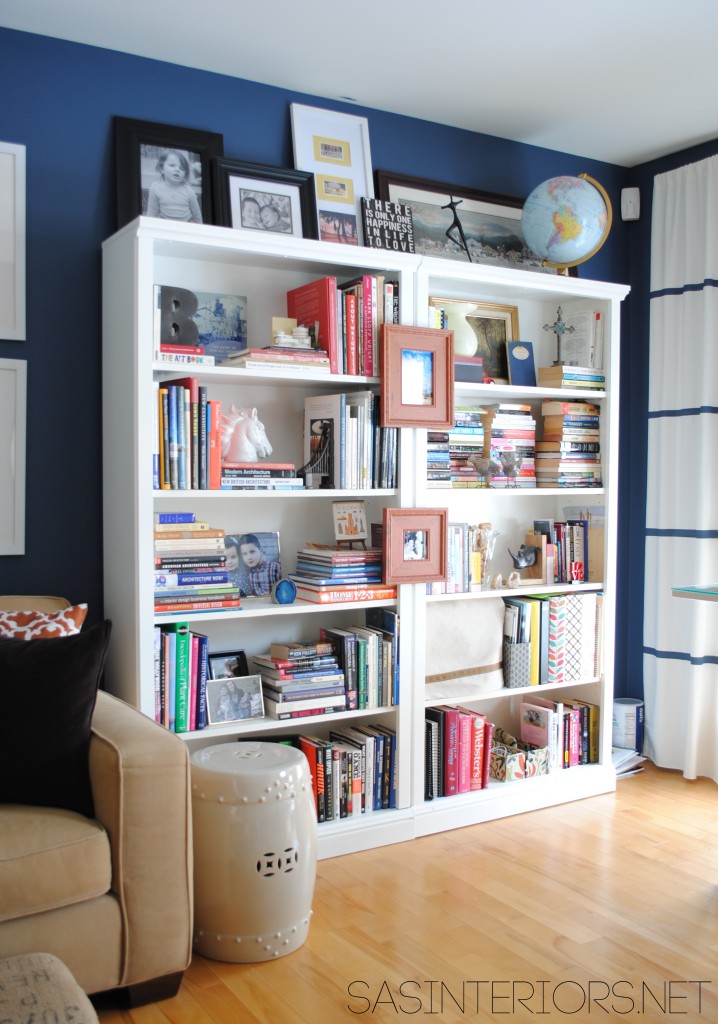 But I will say, the bookcases are still styled the same as they appear in the article.

I know, feel, and believe that this is just the beginning of many more amazing opportunities to come. Â Again, thank you so much for your continued support – I can not tell you how much it’s appreciated!