A few weekends ago on a beautiful Saturday morning, I was out and about with the family headed to the local farmer’s market, when I noticed house after house were having garage sales.  I l-u-r-v-e me some good ole’ garage sale finds, so I couldn’t resist stopping at a few.  No joke – after just three stops, my SUV was packed and not one more thing would fit. Things were over my kids heads, in between the seats, and even on our laps.  The least I can say is that our morning excursion was quite a success!

One awesome score were two pairs of interior shutters that a homeowner was giving away.  Yes giving away, as in FREE!  FREE??  Did I see a sign that said FREE? Actually, I have to give the Mister credit – he saw that the sign said FREE and had a few ideas of his own on what to do with them.  So in the car they went.

His thought was to use them as picture displays – and I liked the idea too.  At first thought, we were planning on staggering them on the wall as you go down the stairs into the basement.  But after some further thinking, I wanted to keep them together and decided to put them above the sofa in the basement.

Now let me tell ya – our basement is quite the mish-mosh of decor and the forever dumping ground of stuff.  We try to keep it organized, but with the kids toys, it’s not always easy.

These bad boys needed some revamping – the white just wasn’t working.  But before getting started, it was a must to remove the hardware (it needed a makeover too)~

What color?  What color?  Well you may be a little disappointed, but I chose a simple black.  I thought black would be the best backdrop to the fun and vibrant colors of the pictures that will eventually be displayed on the shutters. Next up – Spray Paint.  Using {these} tips, I was off and transforming~

While working on this project, I learned ANOTHER important spray painting tip!  If/when possible, don’t spray paint the object while it’s standing up vertical. Even though I was using light coats, the paint started to run alittle.  So to finish them, I propped them on the wheelbarrow so they were laying horizontal – much better.

After a few coats, they were complete and ready to hang ~

And here they are ready to be filled with picturesque memories!  For the moment, I decided to fill them with postcards and collectibles that I bought on my trip to Chicago.  They add a colorful touch to the black backdrop.

After completing this quick DIY project, I was on the hunt to see what others have created by repurposing old shutters.  Stay tuned for tomorrow’s post where I’ve gone around the blogosphere in search of some really ingenious shutter projects. 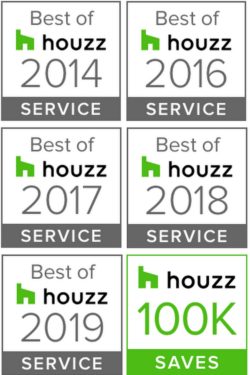 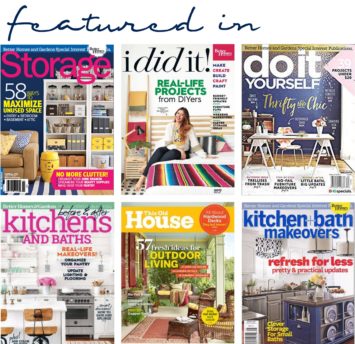 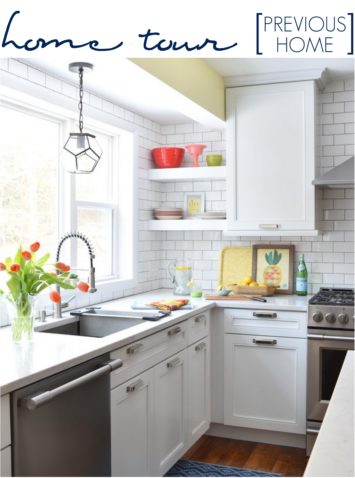 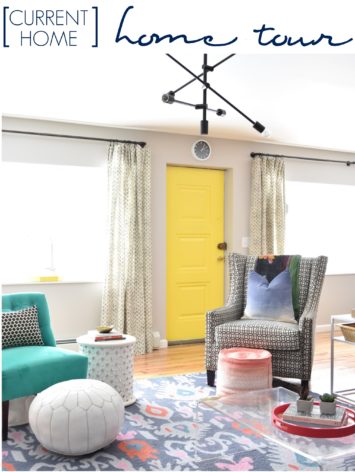